The Problems (and Solution) of Impact Guns 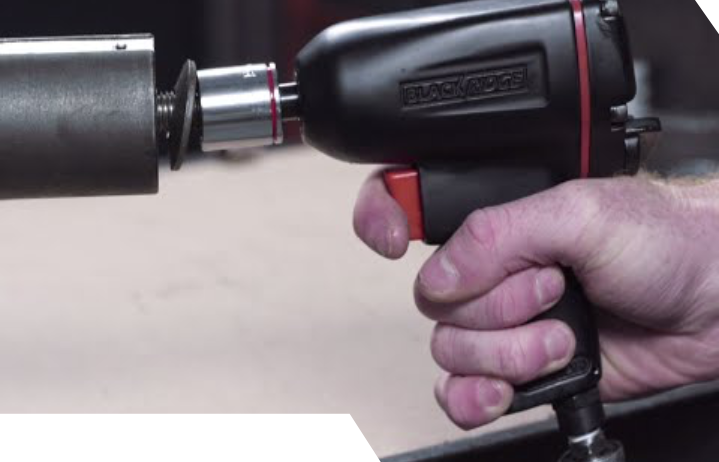 How maintenance, repair, and operations industries can benefit from pneumatic torque wrenches

Manufacturing companies, repair shops, and other operations facilities can be hectic places for their employees, having to take extra safety precautions with each step that is taken, noise that is heard, and power tool that is used.

Still, despite their mindfulness, the long-term effects of working in such an industry can take its toll: lack of blood circulation in the hands, joint pain, carpal tunnel, hearing loss, and other upper limb disorders.

Can this excess exposure to loud noises and power tools be alleviated?

What majority is at risk?

Anyone who works in manufacturing/transportation maintenance as well as repair and operations workers are at risk of experiencing these hazards, due to the overuse and overexposure to power tools.

According to the United States Bureau of Labor Statistics, that means that this impacts 13% of the entire U.S. labor force.

A report by the Centers for Disease Control and Prevention (CDC) states that occupational hearing loss is the most common symptom for such workers and occurs most prominently in the Manufacturing industry, 72% of recorded illnesses to be exact. However, such percentage accounts only for hearing loss proven to be caused from the workplace and must qualify as hearing impaired for the case to have been recorded.

Furthermore, vibration-related conditions are also becoming prominent, specifically Hand-Arm Vibration Syndrome (HAVS). HAVS is a blood circulation condition caused by the overexposure of vibration tools ranging from a drill to a jackhammer.

However, unlike hearing loss, vibration damage can be reversed and even prevented with appropriate precautions.

In 2010, the European Agency for Safety and Health at Work [ Europe’s version of OHSA] published a report which found that “as a result of increased levels of production and the corresponding need to introduce new workers to the assembly lines – primarily women with no previous work experience – work-related upper limb disorders rose in the kitchen appliances manufacturer.”

I know what you are thinking …. “What does this have to do with impact wrenches?”

Well it turns out that the Prevention and Protection Service which conducted the study suspected a correlation between the vibrations generated by appliances and tools and the increasing number of pathologies.

Please note in Europe an Impact Screwdriver is synonymous with Impact Wrench.

The addendum to the original study found that the Agency was correct in its assumption.

A plan to reduce these dangers was immediately set in place:

“The aim was the elimination at source of the risk from vibrations transmitted to the hand-arm system by bringing the vibration exposure to below the action values defined by Directive 2002/44/EC, by substitution of the pneumatic screwdrivers that produce higher levels of vibrations”

However, one major hurdle stood in the way of achieving the goal.

“At that time, it was not easy to find a screwdriver/impact wrench which, in addition to reducing vibrations, had characteristics specifically tailored to the activities carried out in the factory.

Initially a product was sought on the market that would satisfy both these requirements, and then attention was focused on researching, designing and producing an ergonomic screwdriver … Substituting the screwdrivers cost the company a considerable amount of money.”

Regardless of the precautions that some companies and workers take, not everyone is attentive to the loud noises and vibration dangers that this industry faces, which can result in the neglect of early symptoms of hearing loss and vibration-related conditions. This is crucial to consider since both conditions do not develop after one day in the workplace; they develop over time.

In addition, according to an Oxford Academy article, first appearing in: The Annals of Occupational Hygiene

“Attaining an accurate measure of exposure duration can also be challenging. Exposure durations are typically quantified via reviews of work histories, work observations or employee interviews.

The use of noise or vibration loggers can overcome these inaccuracies (see Teschke et al., 1990, for example), but no standardized method for measuring vibration exposure periods exists.

The time component may also need close examination; knowledge of duty cycles and intermittent tool usages may be as important as total exposure duration when characterizing the vibration exposure signature.”

Without precise measurement, not only do these ailments affect an individual’s quality of life, but they can potentially also threaten each worker future ability to perform such jobs. Which indirectly could impact job security.

Most occupations in the maintenance industry require able-bodied individuals to complete their jobs successfully.

Therefore, being conscientious of the sounds in the workplace as well as the tools in use can protect someone from harm and even prevent job loss.

Something as simple as wearing noise-cancelling headphones, gloves, and other protective equipment can prevent hearing impairments and HAVS from occurring.

Furthermore, using quality tools (and using them correctly) can also go a long way in helping prevent such health dangers.

How much is too much?

Although some manufacturers list decibel and vibration (dB) levels (volumes) on their products, it is not yet mandated to do so. Therefore, how can one tell if their work environment and tools are causing harm?

As a frame of reference for sound, let’s refer to a typical decibel volume of a conversation, which is 60dB. An impact gun can be as loud as 100dB, and even worse, a hammer drill is nearly 115 dB. Since 70dB is twice as loud as 60dB, one can see how both the impact gun and hammer drill can cause extreme damage to the ears.

Developing Hand-Arm Vibration Syndrome depends on both the intensity of vibration as well as the duration of exposure. The daily vibration exposure action value (A) for a worker completing a single task or using a power tool can be calculated based on the magnitude of intensity and exposure duration. Therefore, the higher the intensity and longer the exposure, the more hazardous for the employee.

The National Institute for Occupational Safety and Health (NIOSH) provides helpful information on how to gauge safe decibel levels and reduce exposure to harmful vibrations.

Investing in safety should take precedence in a business. Workers’ compensation, regardless of where one lives, can add up quickly, especially in the maintenance and repair industry. That said, employers need to take into consideration a product that is safe and reliable, decreasing lost work time and increasing production and employee job security.

Quiet the noise with a pneumatic torque wrench.

By design, impact guns release a significant amount of vibrations and noise due to the mechanics of how they are powered: a thrashing device within the gearbox strikes repetitively to offset reaction forces. HYTORC and their sister manufacturer TORC, LLC recognized this problem and designed a solution—a pneumatic torque wrench made specifically for smaller bolting projects.

The LION-.25 battery-powered torque gun is the best alternative to impact wrenches.

The LION-.25 is reasonably priced, exceptionally accurate, and delivers consistent results. Because of the torque gun’s manufacturing, there is no hammering device or loud noise released while being used. In fact, LION Gun’s noise emission is 70-75dB, which is drastically lower than some of its competitors on the market and also below NIOSH ‘s recommended 85dB.

Better yet, not only has pneumatic torque wrenches already made inevitable change in Europe, but this safe and simple tool is also making its way to the United States.

This site uses Akismet to reduce spam. Learn how your comment data is processed.